When the legislature of Minnesota voted to legalize same-sex marriage in 2013, the first couples to take advantage of the new law had a very special officiant at their ceremonies. R.T. Rybak, the long-time mayor of Minneapolis, presided over the weddings. Ahead of the day, which included 42 weddings in all, Rybak received his ordination as a minister of the Universal Life Church so he could play such an important role in the happy occasions of his citizens.

Raymond Thomas Rybak, Jr. is a native son of Minneapolis, the city he served as mayor for over a decade. After studying at Boston College, Rybak returned to his home town to write for the Minneapolis Tribune newspaper, launching his long career as a journalist. This work with news and information included a leadership role with the Twin Cities Reader, a new media firm called Internet Broadcast Systems and various positions in public radio. Rybak’s support of LGBT rights also dovetailed with his journalism career when he launched the gay and lesbian newspaper, Q Monthly.

R.T. Rybak’s life in politics began in the early 1990s when he participated in local activist groups and as a campaigner in the 1994 Minneapolis mayoral race. He would run his own campaign for the mayor’s seat in 2001, winning the election and replacing Mayor Sharon Sayles Belton. Rybak stayed at his post for three terms, carrying high approval numbers and handily winning re-election throughout his time in office. His tenure has been notable for strongly supporting the expansion of mass transit in Minneapolis and championing progressive causes locally and globally.

Well known for his dedication to the people and communities of Minneapolis, it’s only fitting that Mayor Rybak took such a hands-on role in the first day of marriage equality in Minnesota. He began the day of August 1, 2013 by presiding over the wedding of Margaret Miles and Cathy Broeke at Minneapolis City Hall, then did the same for 41 other couples exercising their newly-recognized rights. R.T. Rybak put his status as a Universal Life Church minister to work in a statement that was as equality-affirming as it was grand. 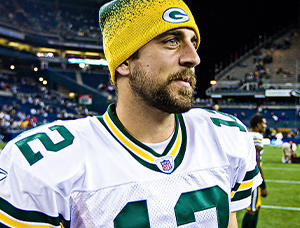