From DJing at California's legendary KROQ radio station to hosting MTV’s Total Request Live during its heyday, Carson Daly’s been one of the most influential figures in music for decades. He’s also an ordained minister with the Universal Life Church, and in 2021 used his ordination to help two very famous friends, Gwen Stefani and Blake Shelton, tie the knot.

Daly started his career at Los Angeles radio juggernaut KROQ before getting scooped up by MTV in 1998 to host their daily music video countdown show Total Request Live. While TRL remained a sleeper hit for its first year or so, by 1999 it exploded in popularity on the strength of Daly’s gregarious personality and the fun ‘top 10’ format. As host, Daly regularly interacted with some of the biggest names in music of the era, including Britney Spears, Justin Timberlake, and Eminem.

In 2003, Daly stepped down as host of TRL to move to NBC and host his own late night talk show, Last Call With Carson Daly, which ran for 18 seasons. In fact, Daly’s an NBC mainstay; He also hosts The Voice, NBC’s New Year's Eve program, and is the social media correspondent for their morning show, Today.

It was on the set of The Voice where Daly watched judges Blake Shelton and Gwen Stefani fall in love. As such a close friend to both of them, and as one of the first to witness their love story unfold, the couple asked Daly to officiate their 2021 wedding at Shelton’s Oklahoma ranch. After a few clicks, Daly was fully legally ordained as a Universal Life Church minister, and officiated a beautiful ceremony he described as “a blast.” 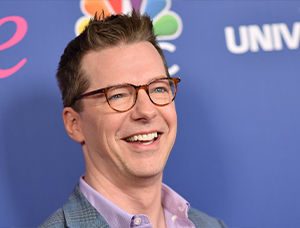